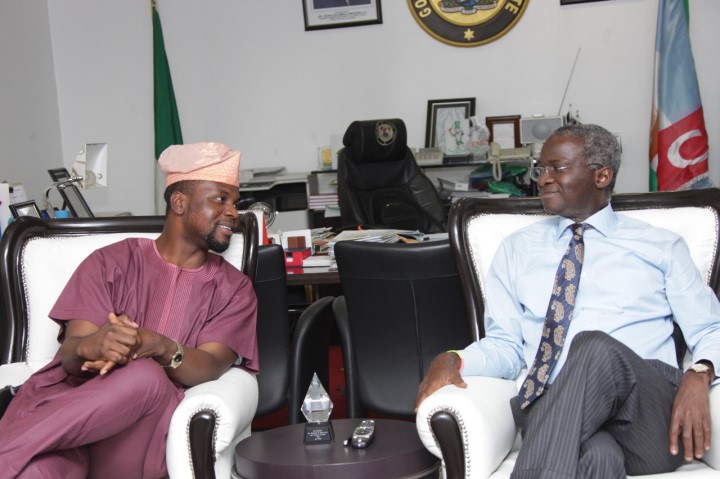 After an evening of inspiration and glitz, the governor of Lagos, governor, Babatunde Raji Fashola, hosted the winners, hosts and organisers of Africa’s biggest youth event, The Future Awards Africa.

The event held a day after the 2014 awards, on Monday 8 December at the State House, Alausa, Lagos.

“I am glad when I see young people achieving remarkable things, this is the 9th year and it keeps getting better” he said about the awards.” “People look for heroes when they are also heroes.”

The governor took his time to explain how governance works, stressing that people have misunderstood governance.

The 9th edition of the awards held at the Intercontinental Hotel, VI, Lagos on Sunday, December 9, 2014.