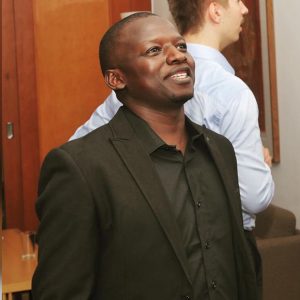 Kenneth Gyang’s “The Lost Cafe” is an uplifting story about a girl’s decision to rise above dark family secrets and culture shock to live her dreams abroad, finding the most unusual answers to her troubling questions somewhere in Drammen where she meets the half blind, strange owner of a quaint coffee shop that serves the best coffee in the world.

Directed by acclaimed filmmaker and TFAA 2013 Winner for Arts &Culture; Kenneth Gyang for Peridot and Cinema Kpatakpata.
Kenneth Gyang is a writer and director that has been working in film and television since 2006 having graduated from the National Film Institute in Jos; notable projects in television included working as a director for the BBC’s Wetin Dey and SoundCity’s Finding Aisha.
In 2010, he was listed by the popular Nigerian youth culture magazine, Y!magazine, as one of 50 people under the age of 35 that will change Nigeria.