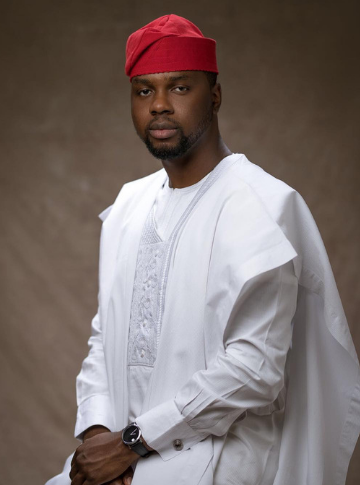 Adebola Williams is the Group CEO of RED For Africa.

A pioneer at the intersection of media, democracy and social change. He co-founded and runs RED Africa, Africa’s largest portfolio of youth media brands engaging the continent’s youth with leading brands like Red Media Africa, StateCraft Inc, The Future Awards Africa, YNaija.com, amongst others.

Popular for his work as a political strategist, he’s been Profiled by Forbes and CNN as the man who helped elect a trifecta of three incumbent Presidents in Africa Nigeria, Ghana and recently Senegal. In 2018 he was bestowed Marketing Edge Innovative Leader In PR and Image management award.

He’s been named by Forbes as one of Africa’s best entrepreneurs under 30, recipient of the CNBC Young Business Leader of the Year award, in 2017 he was named The African Young Achiever by EMY Ghana and same year named by the as one of 100 Most Influential People of African Descent under the United Nations international decade for people of African descent. Also awarded an ArchBishop Desmond Tutu Fellowship in South Africa and Oxford Business School, in 2019 he was named Young Global Leader by the World Economic Forum.

His work in corporate marketing and communication in different decrypts from Oil and Gas to Banking, Technology to FMCG has earned him and Red Media Africa several awards on the continent from SABRE to Lapriga, Marketing Edge to Young Cannes and even the C4F Marketing awards in Davos. He writes a monthly column on Brands and Communication in The Guardian New papers.

Adebola, despite his busy work schedule, finds the time to inspire hope and faith from Africa to the world with his message of enterprise, leadership and good governance. He isn’t slowing down in 2019 as he recently gave a rousing speech at the European Union Parliaments ECR Africa summit on the 9th of January on democracy and good governance. He is routinely received by a social media audience of over 300,000 people strong.
His 2017 cross continental speaking tour included several conferences at top ivy leagues schools Harvard, Columbia, Yale & Oxford. His address during the 2017 Obama summit went viral and earned a rare standing ovation from the former President of the United States of America, Barack Obama.