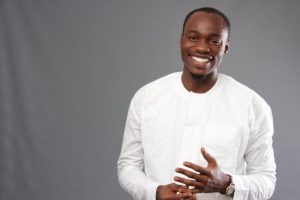 Winner of The Future Africa Awards for Community Action in 2014, Jake Okechukwu Effoduh has been selected to deliver the Keynote Address at the University of Oxford’s Human Welfare Conference. Hosted by the Green Templeton College of the University and scheduled to hold in May 2017, the Human Welfare Conference is an annual meeting that explores new and comprehensive ways to tackle issues of human welfare across the world.

From 2006-2013, Effoduh co-hosted Flava, the most widespread radio programme in Nigeria at the time, which was syndicated to 103 stations and reached over 25 million weekly listeners. The show aimed squarely at raising sexual and reproductive health awareness and preventing the spread of HIV. For it, Effoduh travelled extensively around Nigeria engaging with youth and challenging stigma. In 2013, Effoduh moved to host Talk Your Own: Make Naija Better, a weekly BBC Media Action radio programme covering governance issues, which is syndicated across 150 stations. The show features interviews and discussions, and invites audience participation to improve awareness on governance. Focusing on topics around education, electricity, water and roads, Talk Your Own explores ways people can participate in governance decisions that affect their lives, including through engagement with leaders and government institutions, public petitions and legal protest. Thus, a broadcasting career which begun as youth seeking to fund himself through school, has become a means for Effoduh to contribute to grass-roots empowerment across an entire region.

Effoduh graduated from the University of Abuja with honours in 2010 and was admitted to the Nigerian Bar in 2012. He also obtained his Masters degree in law from the University of Oxford. As the curator of the World Economic Forum’s Abuja Global Shapers from 2015 to 2016, Effoduh led the Amana Initiative, a confidence building project that engaged at least 28,000 youth and 2,050 security officials in confidence-building activities ranging from, but not limited to, anti-terrorism campaigns, athletic competitions, town hall meetings, truth and reconciliation panels, etc. In his capacity as the Assistant Director of the Council on African Security and Development, Effoduh invited the former NATO Secretary-General and President of the European Union, Anders Fogh Rasmussen to Nigeria, to the first ever Summit on National Security which engaged 200 experts on strategies to bolster the coordinating task force for security in the northeastern part of the country. He is 29 years old.

Speaking to YNaija on Monday, Effoduh said the conference seeks to address the difficult questions of what constitutes being “empowered”; why empowerment is important; and whether the term remains meaningful in today’s context of rapidly changing socioeconomic and political landscapes. His keynote address will be on “Reinventing Empowerment in the 21st Century.” 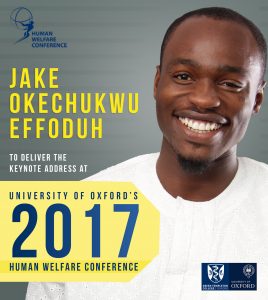